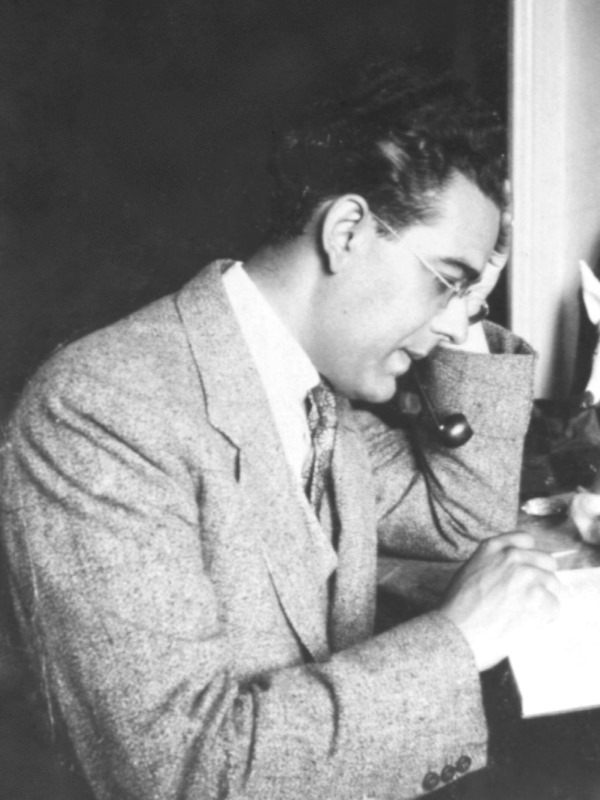 This is how Plácido Castro was, modest in his vast knowledge, without flaunting it (Antonio Magariños). He was indeed born into a well-of family but was also well educated and humanist, open and sensitive to cultural and social issues.

Maybe because of this upbringing, Plácido was sent from his family in Galicia, Spain to study in Scarborough School, Glasgow when he was still very young (possibly only 6 years old). In addition to making many trips around the British isles, he remained in frequent contact with his contemporary intellectuals, translating many of hid poetic compositions into Galician, in particular those with Celtic roots.

He was captivated by the theatre. The theatre would always be present in his continuing assertion of Galicia, depending on inspiration in Irish theatre, which he appreciated due to its similarity to our own (Galician) rather than the Spanish theatre of Madrid.

He used to argue that nationalisms are not a danger to the establishment, but rather an essential base for a stable future and loyalty of the people. Nationalism is a synonym of progress and it is not a synonym of radicalism. Thereby we can see another characteristic of his thinking: a preference for positive formulations about political parties and politics in general, a rejection of negative approaches to formulations.

From his political beginnings (in a published contribution in “A Nosa Terra” (“Our Land”) 25th July 1928) an approach towards the Celtic countries of the north as an indispensable part of an intellectual foreign policy of Galician nationalism is present.

Plácido defines himself as a liberal democrat and an admirer of parliamentarianism. In terms of specifically English policy, his position can be characterized as constructive, neither conservative nor a priori anti-labour, supporting those positions which he considered reasonable, for instance the critics of the project to restrict the right to strike.

On the other hand, we have to underline the message about the defence of democracy as the best form of government, that is always present in his reports, and implies a clear political and moral commitment at this time (during Primo de Rivera’s dictatorship between 1923 and 1930). He did not act as a mere correspondent.. He always made sure he used the news of nationalist activities in Wales, Scotland and Ireland, to illustrate a great diversity of behaviours and the absence of oppressive British authority. In those reports, those conflicts referred to; (language), culture (art), or national realities (Ireland overall) between the lines it is easy to observe practical applications for the Galician and Spanish reality.

Plácido did not believe in the idea of a great nation, he preferred the idea of small national unities because they are more suitable to reinforce the ideal and the practice of democracy. Precisely because they are small they are not propitious to cede in front of military and imperialist temptations.

In his political experience of Ireland he encountered valuable experiences similar to Galicia in their numerous controversies: the relations with metropolis, the understanding of nationalism with political parties etc. As we can prove with readings of “Impressions of Ireland”, a series published in El Pueblo Gallego (“Galician Nation”), he was an expert on this country. In this report, Plácido did an excellent human and political examination of these people, demanding the value of their culture, their history, their own legends, or even their own landscapes. It all formed an inseparable whole .His own descriptive power transmits to the reader, who experiences with him a spiritual combination with all that atmosphere in which you can notice a certain for being, natural comfort.

Plácido bets for Galician party leaved the fight for modest Statute, because it did not even guarantee that like that it could concede to Galicia. Leaving to act in the Spanish policy, it would keep the Galician nationalism’s purity; the self organization would grow stronger as supreme guarantee of defence of the country’s interests.

All in all, he passed to be a supporter of the idea that pro-Galician people act completely alone, an imitation to the Irish of Sinn Fein, given priority to public awareness, and postponing consciously the autonomous battle to when the Galician pro-autonomy movement was as strong that it could triumph without needing the support of any another political party.

It was the moment to create a great party of the masses which will open the way to an alliance with the left-wing and the execution of the autonomy.

We must take that into account, from his first years of intellectual rapprochement and policy to the Galician movement, Plácido always considered that nationalism should establish a new political style, to make honesty the main bastion of the purity and dignity for the citizens.

His erudition and knowledge about languages obliged him to carry out a significant role in the relations that the pro-Galician movement maintained with foreign media.

As Secretary of International Relations, he represented the Galician Party at the IX Congreso de Nacionalidades Europeas (9th Congress of European Nationalities), held in the Savoy of Berna Hotel on the 16th, 17th and 18th of September 1933. This was, without a doubt, the event that would determine the inevitable presence of Plácido Castro in Modern Galician History.

The political significance of the Galician participation was decisive. As Plácido Castro entrusted himself to mark in “El Pueblo Gallego” (Galician Town????): “Any political system which was in Galicia, our land, autonomous or not, is morally already proclaimed as a nation”. We were not a fiction; we were recognised as an international organisation as powerful and influential as to be object of consideration from Society of Nations (UN at that time).

Finally, concerning his place in the Galician political spectrum, Alfonso A. Bozzo included him in the group called radical pro-Galician movement, sensitive to social issues, with Lois Tobío, Victor Casas, Ricardo Carballo Calero or Anxel Casal. In fact, in the III Asemblea da Federación de Mocedades Galeguistas (Asembly of pro-Galician Youth’s Federation) (January 1936) he presented a communication in which he pleaded together with Bóveda e Lois Poza, towards left position within the Galician movement. Thanks to his own British experience, Placido’s social proposal was in tune with cooperative movement that pro-Galician maintained a proposal that from his own thinking does not help the understanding between the different schools of thoughts which coexist within the party.

Reading his reports and articles, following his political work, through his common and generous financial contribution to the pro-Galician movement we can observe a passion, a clarity of ideas and enthusiasm which would be brutally shattered with the experience of the Spanish Civil War.

Plácido always kept a clear position against fascism and deep knowledge of the dictatorial nature of Nazism. The pro-Galician movement is a nationalism of peace. Above all he is a democrat.

Civil war surprised him in Coruña. He was settled in Muxía, in a relative’s home, he was arrested, accused and condemned by “Tribunal Regional de Responsabilidades Políticas” (Regional Court of Political Responsabilities) to fifteen years absolute disqualification, eight years and one day of exile more than 100 km from Muxía and the payment of 25.000 pesetas ( 150.25 €), a significant amount of money at that time. The court which had judged him considered proven that “he signified publicly about the intensity and efficacy of his performance” in favour of Galician interests, executing “acts channelled to promote the anarchist situation in which Spain was”.

He returned to piano sessions (he was expert in music), was refused in his astronomy lectures, a science in which he was very knowledgeable, he basically devoted his time to complete and increase his translations into Galician from Irish, Gaelic and English poems.

Several acts convinced Plácido that his place is outside Galicia. He is not ready to change his convictions and he needs liberty. Leaving that oppressive atmosphere, with his wife and his four children, they decided go to Lisbon. In Estoril he spent some months until, in early 1949, he travelled to London. Here, during six years he worked as presenter-editor at BBC, in the programmes´ section in Galician, Spanish and Portuguese, furthermore theatre-critic in English. At the same time he was sending some journalist contributions to a Portuguese newspaper (The Jornal de Noticias de Porto, directed by M. Pacheco de Miranda, writing his reports directly in Portuguese, published on the front page) and from South America (La Nación, from Buenos Aires).

The Galician programmes in the BBC works from 1947 to 1956. The prohibited language in the country was listened in Galicia when you tune in to BBC, the teacher Antonio de Toro affirms who executed a big compilation about these radio reports. We have to take into account that at that time radio had a great importance (it will not have tv until 1956 and in many Galician homes TV will come later). There were not political contents in the programmes of BBC, but the use of the own language and the collaboration on it from a lot of persons, intellectuals and politicians, link to nationalism before civil war, it bothered the Franquist regime.

Complex family circumstances involved him in an economic setback which obliged him to leave London and to come back to Galicia. He carried out entirely with fifteen years of absolute disqualification imposed in 1940.

He joined as English teacher in the Labour Institute of Vilagarcía. In the academic year 1956-1957 he gave an inaugural lecture about “the importance of the knowledge of the English language”.

Precisely, for his qualification and worth, occupying the place of permanent English teacher in this institute, at the suggestion of the Ministry of Education and Science and of General Direction of Foreign Affairs, he represented Spain as a delegate in the European Congress of Education dedicated to modern language teaching, held in Baden (Viena) in 1964.

Plácido held the defence of our patrimony as the most valuable cause and subordinating all industrial advances to it. He rejects localism and he supports the progress of the communications, for effort in publicity (he recommends to invite foreign journalists to visit our land), always emphasizing the increase in value of ours.. In Galicia, visitors should find ours really typical. Ours should be preserved, dignified and elevated to artistic condition.

He expressed his devotion about traditional “romarias”, managing to distinguish, clearly, between recreational celebrations and the properly liturgical. Recognition and promotion of popular parties take part of that conscience about the high value of our culture; our gastronomy, and about the beauty of our land and landscapes. He demanded the Santiago pilgrimage route.

His knowledge of Nordic languages and even their dialects linked his love and command of his own language, it led him to do a large number and inimitable translations into Galician, translations done with great care. That skill combined with his innate poetic sensitivity, culminate in translations with a lot of detail, descriptive musicality, and emotive lyricism.

All his experience culminated on his important work, the translation in 1965 of As Rubáyiát from Omar Khayyám, a Persian poet and astronomer, who had lived during the second half of the 11th century.

He did numerous translations and about all genres, from tales (“Su primer vuelo” (“His first flight”) written by Irish writer Liam O´Flaherty) to theatre, but mostly poetry. He sincerely admired English poetry. Those years, translation into Galician poetry was the only way to introduce our language in the mass media and the daily newspapers. Galician poetry was the most tolerated during the Franquist regime because they considered it less harmful than others genres. Thus, Irish poetry, directly translated into Galician, was inserted in texts written in Spanish.